The importance of walkability has been emphasized in Jan Gehl's writings for decades.

To create a walkable space, there is far more to it than making the roads flat and smooth. Ghel suggests that walking is made enjoyable when the space that is being navigated is not a straight path, but is instead full of curves, without allowing the walker to see their destination the entire time.

Preventing long straight pathways also helps to shorten the amount of walking necessary between each turn, thereby making the walk feel shorter than it is. According to Gehl, “the acceptable walking distances for most people in ordinary daily situations has been found to be around 400 to 500 meters.” If that 500 meters is broken up by turns, it feels far shorter than it actually is. 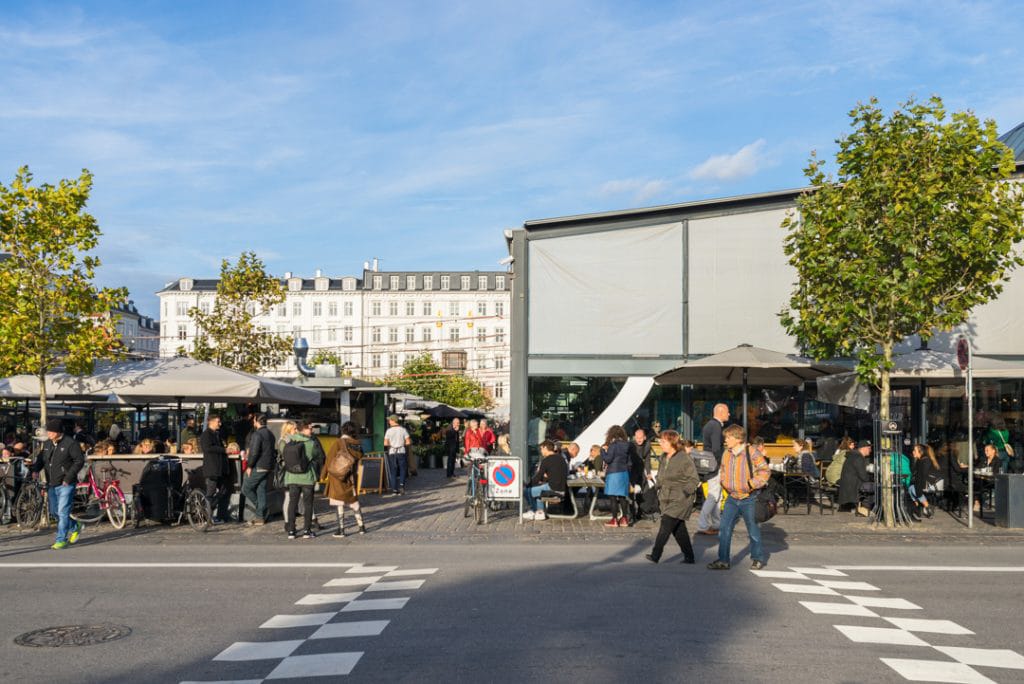 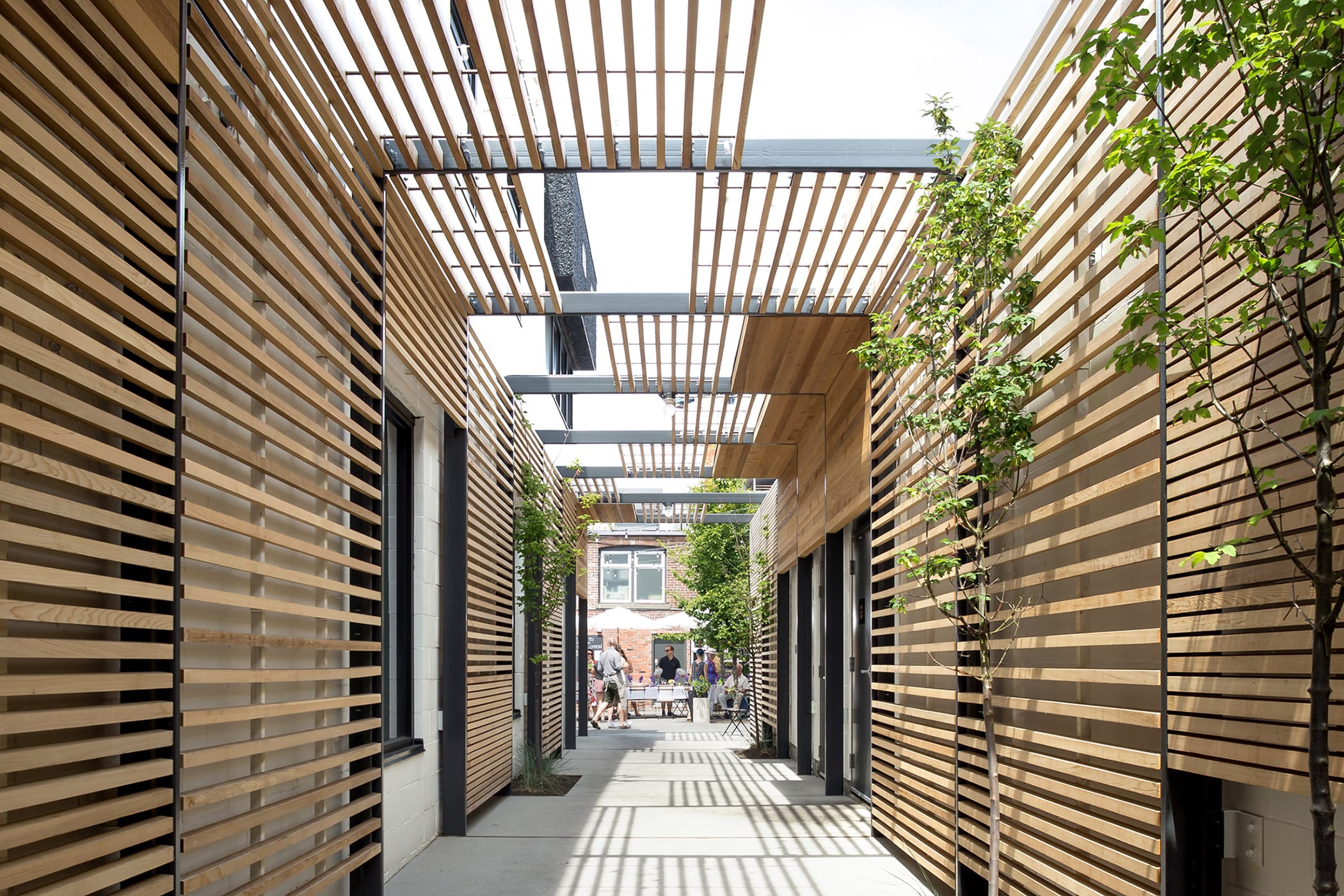 Walking, as described by Gehl, factors into the designs of the Fort Common and Torvehallerne less.

Instead of being city blocks, they are contained spaces, and therefore navigating through them factors into their enjoyability less. On the other hand, one could argue that walking is a focal point of these spaces, as it is the only method of transport available to interact within them.

Although the entryways to the Fort Common can be entered by vehicle, it is not prohibited by guests. Bikes are allowed inside, but are not necessary to traverse the space, due to its small size. As an unfurnished space, the Fort Common is not particularly engaging to walk through. That is not to say it is not visually pleasing, but instead that it does not adhere to Gehl's “winding streets”. It is a simple square.

However, the lack of variation within the space is combated by adding in chairs, tables, umbrellas, and greenery. As the space is mainly used for events, its ability to manipulate the space through furniture is a key benefit, allowing guests to curate the space to their specific wants and needs.

If one were to implement permanent furniture and fixtures, the space would become stiff and repetitive, even if it was more dynamic for walking.

Torvehallerne does better at using Jan Gehl's principles for walking.

This can be attributed to the increase in space available, which facilitates more space to walk through. Torvehallerne is made up of both permanent and non permanent buildings and physical spaces. This allows for customers to have both a sense of routine in the spaces that are permanent, but also keep them engaged in the spaces which can be cycled through.

The permanent spaces in the courtyard are one story glass buildings, fortified in black steel. By making the customer walk through a completely closed space, it feels as though they are transitioning from one environment to another.

One of the reasons the Torvehallerne is better suited in walkability can be attributed to its location in Denmark.

What do you think about this comparison? Can you think of another example of similar spaces that invoke Gehl's second principle for walking more successfully than the Fort Commons does?

Our final post will delve into Gehl’s final principle: blurring the line between indoor and outdoor spaces—one that encapsulates various ideas, most prominently the idea of the implementation of nature in urban spaces, and making the outdoors more accessible year round. 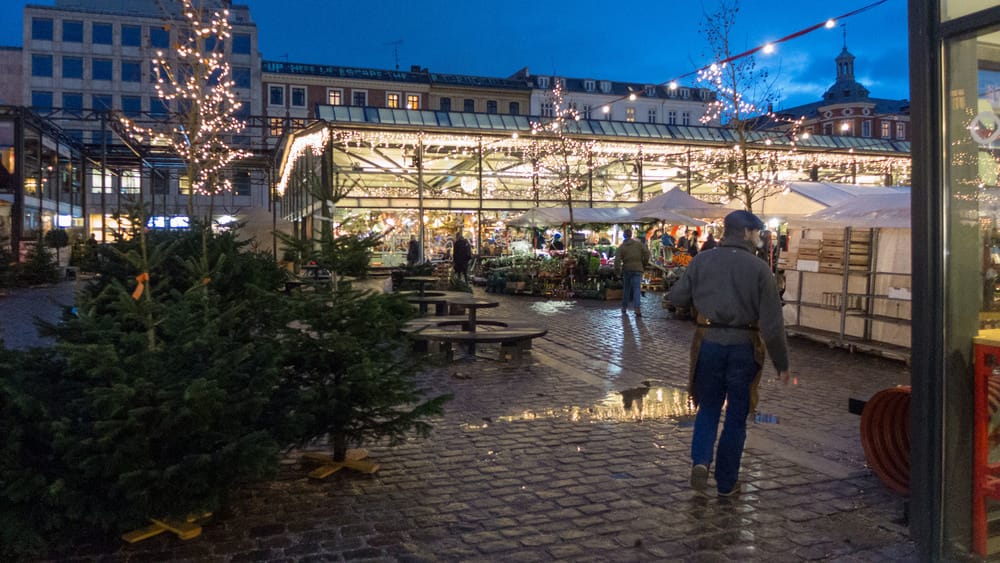